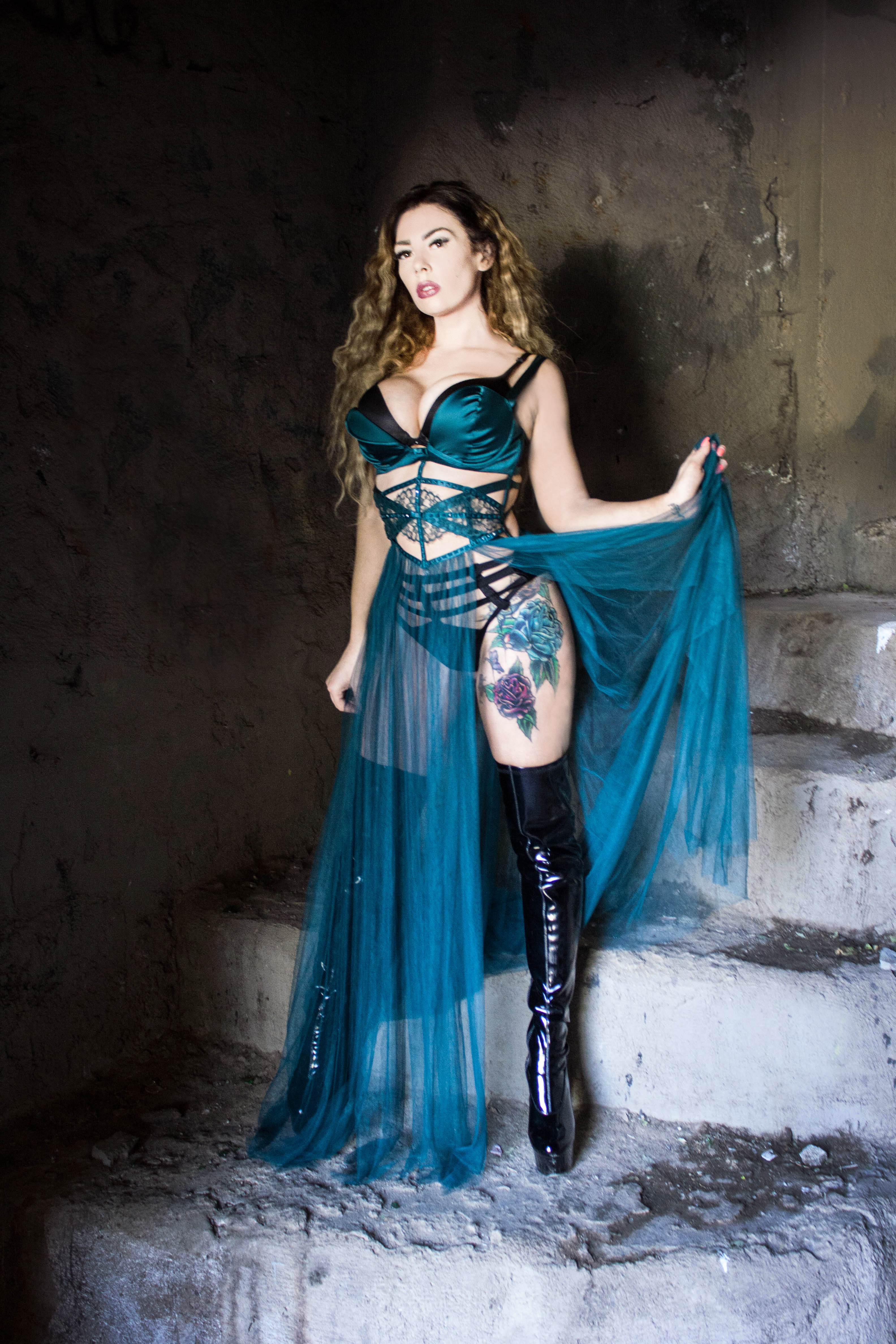 In Greek mythology, the term “siren” is used to describe a beautiful, mythical, sea creature. As legend has it, these allusive beings would use their feminine appearance and angelic voices to lure sailors off their ships and into the sea. Once the siren had the sailor in her grasp, she would then drag him to his demise at the depths of the ocean.

According to ancient folklore, these majestic monsters were notorious among the sailors. A known threat to any man that navigated the sea. However, despite warnings, these exquisite creatures continued to entice sailors to their impending death.

The ideology behind sirens may be quite mysterious in itself, but it’s no mystery why these men would fall victim to them. Beautiful females have always had a way of tapping into a man’s inner most desires and extracting a certain weakness. Although there are different variations of what the intent of the siren may have been, the allure and imagery remains consistent.

Historians believe that the conception of sirens (better known today as mermaids) was originally created as a result of sailors abandoning ship to engage in sex with manatees…you read that right, they were fucking manatees. Evidentially, the genitalia of manatees are very similar to that of a woman, (now whoever was the first to discover this, I don’t want to know), however, with that being said, it would often result in the sailor drowning.

Nonetheless, this is nothing more than a popular theory, there would be no way to solidify it as fact. However, you take a group of men, stranded at sea for months on end, drunk out of their minds, and completely sex deprived, and it suddenly doesn’t seem so farfetched.

Regardless of the actual origins of the mythology, sirens were considered to be absolutely malevolent, and the deceased men were considered hero’s (you know, the typical bullshit).

In today’s culture, the term siren has been replaced by mermaid, and siren took on a different terminology. For those that don’t know, a siren is defined as an exceptionally attractive woman who uses her sexual prowess and mental aptitude to effortlessly induce men into a state of submission and often, utter euphoria.

One of the most famous sirens to date would be none other than the infamous Marilyn Monroe. The voluptuous blonde bombshell flourished in film industry during Hollywood’s golden era, but that only came second to her apparent promiscuity and scandalous reputation.

Although she’s been dead now for half a century, her legend exceeds her. She was known to utilize her sweet, serine voice and good looks to seduce men, and she was damn good at it. so good in fact, that she was able to seduce not only the president of the United States, but his brother as well.

Tabloids back in those days operated much like the ones we are accustomed to today, the papers would slander Marilyn’s name, while somehow downplaying President Kennedys role in the allegations. Although it was never “proven” that the two engaged in an affair, it was highly speculated and scrutinized at that time. Today, it’s more widely accepted as fact, or at the very least, likelihood. This is in part due to JFKs known sexual escapades.

Marilyn wasn’t the first to use her sexuality in this way. The idea of these freethinking women date back to ancient Egypt.  Cleopatra being quite the siren herself; but as society began to transform in a detrimental way, and stigmas began to be implemented, standards changed in order to define woman as the weaker sex. Culture indefinitely transformed the natural ordinance, and by the time Marilyn rose to fame in the 1950’s women were solidified in a role that prohibited any sexuality or liberation at all.

Marilyn managed to own her sexuality without exploiting it.  She set a new standard, constituting her as somewhat of a modern pioneer. Although it did revolutionize feminism in its own right (although some might argue it inhibited in), it more significantly ignited a confidence to sexuality that women of that era were previously foreign to.

Although much has changed since the days of mandating women to wear body suits to the beach, the stigma behind the sultry seductresses that dare to embrace their sexuality has not. Marilyn paved a path that few are granted access to, and fewer yet dare to venture. However, that road is obstructed by judgments and objectifications created by those that only stare from the sidelines.

The sad truth behind this, is that it’s not even about the actual act of sex, (although, it does have a similar stigma). It’s about the idea of it, an idea that a fortunate few not only possess, but absolutely emulate. These women may be considered an archetype of sorts, but it’s an image, and set of characteristics that they not only exhibit, but fully own.

The condemnation, (which continues to this day) is nothing more than the result of the insecurities of those around them. And insecurities are usually a product of fear. This particular angst is constructed by jealousy and the failure of understanding.

Some don’t understand the nature of sexuality, or outdated religious or cultural beliefs prevent them from doing so. For others, it’s simply a reflection of a personal fear, regarding one’s own sexuality, and for the rest, it’s an ignorance or defiance of understanding. Fearing another person for something so natural is not only ridiculous, but it’s ignorant.

the truth is that a fear so evident and penetrating, in reality, can only be counter-productive. when you fear a person, what you’re actually doing is giving your power to them. Sirens, by nature, are an incredibly powerful force all on their own, so they’re going to absorb it like water to a fucking sponge.

The truth is, being so confident, and so honest with yourself is a beautiful thing. Sexuality is a natural part of the human condition. I love the ability that I have, and I have absolutely no shame in this facet of myself, and neither should anyone else. It’s something that congratulated rather than condemned.

So, to all my powerful, fellow sirens, and the sailors that choose to chart the unknown, enjoy the adventure. Sometimes finding yourself in the grip of the siren may be scary, but there’s no excitement in familiarity. Let them take you below the surface of the mundane, and reel in the magnificence of the ecstasy.  Reality may take you to a place that your mind previously didn’t dare to wonder. And for those that chose to pass judgment on the shore, close your mouth if you don’t want to swallow the sand.