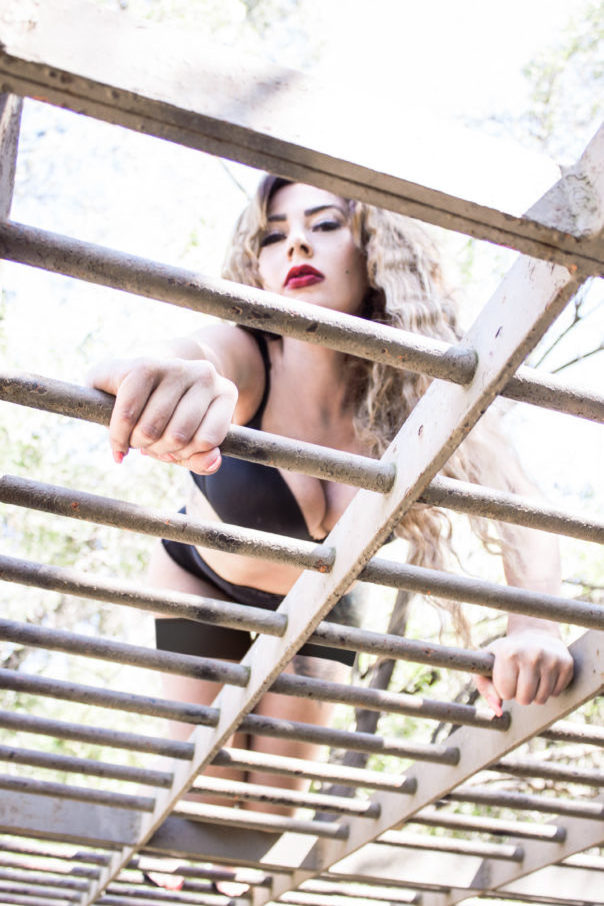 You mumble inaudibly as you bite down on the gag, eagerly anticipating my next move. I drop the cane on the floor, the sound startles you more than the impact itself would have. I grab you by your hair and whisper in your ear, “not so tough now, are you?”

Even if there wasn’t a piece of plastic inhibiting your speech you wouldn’t of said a word. I slowly began to loosen the tightly bound rope around your wrists. I knew I had conquered you.

You came in so self-assured, so confident. Tense, defiant, completely over-inflated and under-aware. A self-anointed alfa, I was determined to break you, and I did…. I laughed, as I sent you on your way.

A few weeks had passed since then, and honestly, I wasn’t expecting to hear from you. Although I was successful in sending you into a surreal subspace I was also exceedingly aware of your preconceived notions. The cultural credence that you are so invested in. The idea that women are somehow inferior to men, (obviously, we have vastly different views on the subject).

Yet, here you are, begging to come see me. Begging to submit. I contemplate a bit before agreeing. I didn’t appreciate the brash way you had approached me upon our first meeting. However, I did find it thrilling to turn the tables so effortlessly…so I agree.

You approach me noticeably more compliant then you had previously been. Not a word exchanged, but your demeanor tells me everything I need to know. I intently locked eyes with you, and with one stern snap of my fingers you are kneeling before me. I’m pleased.

I knew your new-found submission had nothing to do with the physical control I could have exhibited. For you it was mental. The truth is that you could have physically over powered me if you truly desired. You had at least 50 pounds and 6 inches in your favor, but that wasn’t what was diverting you, I had over powered you…just in a much more profound way. It was the psychology of it all that sent you to your knees, and this is where I found satisfaction.

People tend assume that my job revolves around beating people into submission, and although that does happen from time to time, it’s only the tip of the iceberg. A very small percentage of people are into intense physical pain, and as I am an extreme advocate of consensual play, I seldom get to venture.

However, it’s the psychological domination that you truly crave. This is the addictive component that you can’t get enough of. Anyone can use physical restraint to prevail, it’s the mental prowess that will leave you defenseless.

I say it all the time, but the art of domination is only about 10% physical, the other 90% is mental. There is something beautiful about the ability to make someone submit without malicious intent. It’s about manipulating the situation without imprecisely injuring the individual. The satisfaction isn’t in leaving someone psychologically weak and physically deflated. It’s about inspiring them to give into you completely, to get them to submit entirely with every essence of their being.

Regardless of how it may appear from the outside, it isn’t about imprisoning the subservient partner, it’s about freeing them in ways they couldn’t previously conceptualize. It’s not about rescinding previous beliefs it’s about disassembling them, and constructing something new entirely. Psychological domination is an art, and when demonstrated decorously it breaks down barriers, and is absolutely liberating.